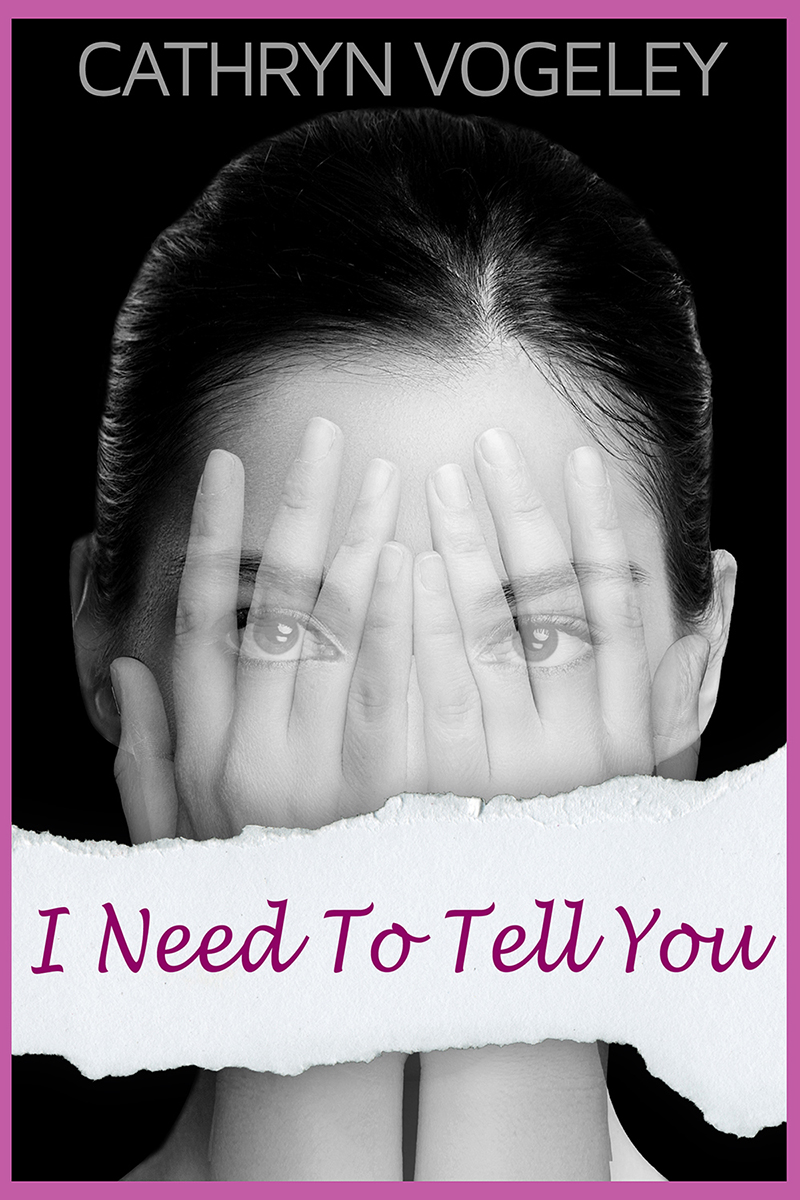 For those of my generation (Gen X), although there was a lurking fear of becoming pregnant at the wrong time in our lives and the complications that would result, for Cathryn Vogeley, becoming pregnant as a young woman at the wrong time left her very few options. Pretty much just marriage or living nearly nine months in scandalous secrecy until she could give her baby up for adoption. Terminating her pregnancy might have been an option (dangerous and illegal, but an option), except it was inconceivable for many young women raised in the Catholic church to even consider such a thing. Raising a child as a single woman without parental support was nearly unthinkable as well, as she had no means of supporting herself. Marriage also was not an option for Cathryn, since her boyfriend refused to consider it, and therefore the choice (such as it was) was for Cathryn to give her daughter up for adoption. An event that resulted in a lifetime of trauma and attempts to heal.

I Need to Tell You (published by E.L. Marker, May 2022) is Vogeley’s memoir of these events and she tells them with a heart-rending honesty, bringing the reader through the confusion and fear of a young woman trapped with so few choices in a world where women were expected to be the bastion of morality, where it was the woman’s job to keep sexual lines from being crossed, where men weren’t to blame for any results of their own sexual drive. Not that this doesn’t sound familiar in this day and age, but Vogeley’s story is a painful reminder of the unrealistic expectation of women and their limited options during the decades before the women’s movement. And it’s a cautionary tale of what could be, should we not remain vigilant and stand against the movement we see happening today to control, constrain and limit women,

Vogeley’s story is engaging and I found myself wrapped up in the character of Cathryn, as she struggles through her pregnancy, her birth, and her mother’s neglect. As Cathryn grows into adulthood, achieves a successful career, marries and has two children, we see the toll that giving her child up for adoption continues to take. There were many women like Vogeley. Women who had to make difficult choices in a situation where none of the choices were good and all of them would have lasting negative effects. Women who were told by their mothers to stay quiet and hidden. Women who were silenced.

I Need to Tell You is a brave book by a brave writer who is done being silenced. These are the stories we need to hear. So we can understand, so we can show compassion, so we can connect with each other, so we can be warned, and so we can stand strong.

Teen Sets Record for Youngest Woman to Fly the Globe