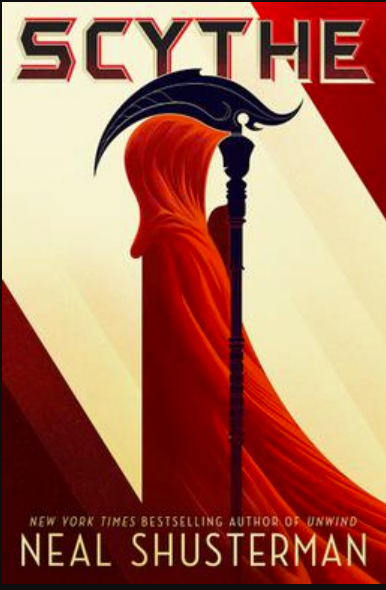 I’m late to this 2016 Neal Shusterman novel that’s the first in the Arc of the Scythe series, but with so many great YA books out there, who can keep up? If you haven’t read this yet, it’s a fast-paced read from the dual points of view of Citra Terranova and Rowan Damisch. These two teenagers have been recruited to be scythes, elite individuals in charge of “gleaning,” otherwise known as their world’s population control. Disease, old age, and any of the usual forms of human expiration have been eradicated, but without the Scythedom, overpopulation would be a massive issue.

I loved both these characters who take to their new roles in very different ways, each sacrificing who they once were to evolve into this new identity. As they muddle through the moral and ethical complications that come with the territory, they learn there’s a larger, more insidious force growing within the Scythedom and like it or not, they both will play a role within it.

Shusterman’s world-building is excellent and the dystopia presented here is frighteningly realistic. He does an excellent job setting up a history of how the world came to accept the Thunderhead’s control, and shows just how tempting that slippery slope could be.

I was thinking throughout reading this book that it would make a great movie (although hard to imagine how to avoid an “R” rating as the violence is an integral part of the book), and lo — I just read a feature film is in development. The script is being written by Gary Dauberman, who wrote the Annabelle horror films, so I’m guessing the violence of this dystopian world will be presented fully.

The book is available pretty much anywhere, but here’s a link for supporting our independent bookstores: https://bookshop.org/books/scythe-1/9781442472433